The Central Significance of Culture by Francis Nigel Lee

In a world where Christians see the extent of their religious practice as the four wall of their local church, Francis Nigel Lee’s book offers the thorough proposition of an expansive Christian outlook. Referencing biblical and historical sources  Lee shows the radical importance of religious participation in a culture’s art, life, and expression. I found nothing in the work radically new, due to my familiarity with works of this sort. However, it is an excellent overview for the reader new to the idea of a cultural Christianity. (Francis Nigel Lee is a South African Calvinist writer who does in some of his work express an old South African ethnic prejudice. The glimmer of a race bias can be seen in the presuppositions of this work. And yes, this does greatly stain his voice and credibility.)

A Good Man Is Hard to Find by Flannery O’Connor 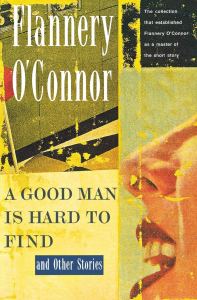 Flannery O’Connor is the holy mother of Southern Gothic Realism. A devote Catholic with an eye for the human soul, she writes moral expose on the ticking time bomb that was Southern America. Each short story tell a horror stories with characters that are cuttingly real all about the ghost that haunts us all, sin. This collection is a must for every reader over 16. 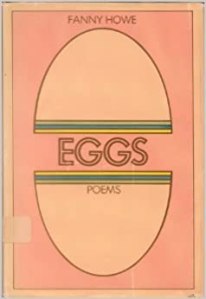 Fanny Howe captures chaos and makes it sing for her. “Eggs” is her first book of poetry published in 1970. I found the collection very moving. It shows Howe’s talent from the very start of her career. 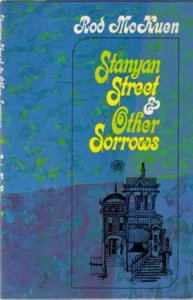 I did not like this collection of poems. McKuen writes shallow rhymes about his one night stands. Apparently it was very popular in the seventies and early eighties.

Art and the Bible by Francis A. Schaeffer

Schaeffer was the first in over a century to enter the mainstream church with the voice of Christendom. Here in this short book of two essays, Schaeffer lays out a theological and then a biblical argument why the arts are a dominion of Christ and therefore a subject of serious engagement for the serious Christian. Shaeffer’s take is far from thorough, but it is groundbreaking for a church that has buried itself in apathy and false piety. For those artists in such churches or believers of that worldview Schaeffer’s booklet is the personal relief and opening for real conversation.

Foundation and Empire by Isaac Asimov

I can’t remember which book I like more, the first or this one. This story is a bit more choppy than the first, telling different stories in different parts. It felt made for a periodical rather than the form of the novel. That said, by the end Asimov had me gripped to finish. And he spoke with the same galaxy-building and cultural criticism you become so found of in the first. Not overall disappointing with somethings improved (some amazing characters) and somethings lost (continuity).

Gary North deserves more attention than he receives as an economist and a biblical scholar. He has undoubtedly written more on the intersection of those two topics than anyone on the planet. Despite being an expert, his anonymity is due to his very particular and pointed worldview and therefore a very singular readership. This work was made for the new believer to unload his view of the faith for the uninitiated. This is not the audience I would recommend read this. Even two years ago, a time when I thought I belonged to the same camp as North, I had significant differences with the work. It was enjoyable at the time to hear many of my already held beliefs reiterated and in some places expounded. But that was not enough for my endorsement. Now, I would only recommend the book to someone who finds themselves squarely in a very traditional Calvinism, with a very traditional view of marriage and the church, with a propensity for dense books.  That person would be served by this book. (The second edition is an great organizational improvement.)

Spring and All by William Carlos Williams

I need to read this book again. I first read it and I fell in love with William Carlos Williams. This is work of literary criticism (which often philosophizes) threaded with some of the best poetry. Here you find Williams’s ethos open and bare. I found it exquisite like an oyster. I think I ate it with the same spoon too. The reprinting by New Directions Publishing as an object in itself is profound. I will read it again and I will have more to say.

Timely and impactful. “Doubt” is a story that all the churched and then everyone else should know. For far too many innocent have lived it without the defense of morally perceptive and courageous nuns or the reality of fiction. John Patrick Stanley demonstrates the intricacy of real characters and a terribly real situation with writing so clean you forget it’s there. This play is an example of purity for playwrights and all our callous hearts.

Blizzard of One by Mark Strand 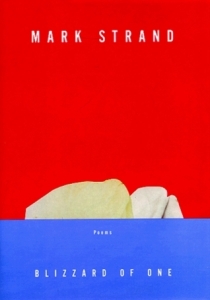 These poems were poignant enough to read at the dinner table to my family and in the car driving up snowy back-roads hunting for a Christmas tree with friends. Both audiences found these poems moving and good listening. I think any book that can earn that kind of praise deserves the Pulitzer Prize for Poetry.